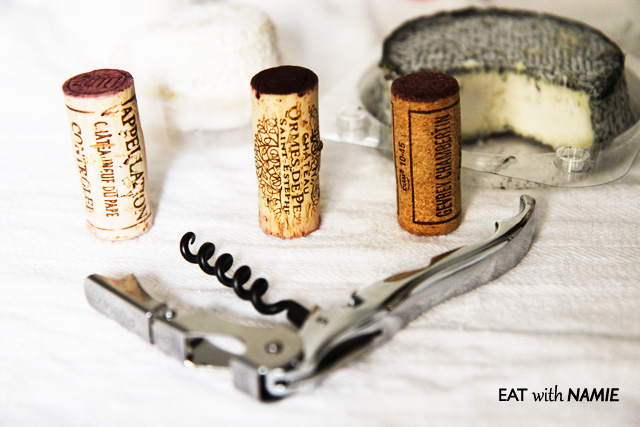 This post is going to be just random stories reflecting on the past few days with extra bits left off from my trip to Nice and a horror story of my dining experience in Taksim.

I overindulged myself in cheese while in Nice for sure and was meant to bring some back home. However, the mission failed as I woke up too late on the morning of my return flight because my alarm failed to go off. Upon waking up to the warmth and bright sunlight, I was instantly attacked by the fear that it might be midday – the time I was supposed to be boarding the plane. A big sigh of relief; I had 30 mins to get ready and leave the hotel. So I jolted out of bed, packed up my stuff and I ran to the bus stop; thank god, the airport was only 20 mins away and I still had 10 mins according to the bus timetable. So began the mental conflicts: should I pick up survival packages of cheese and wine at the risk of missing the bus or just forget about it and relax?

I just couldn’t let go of bringing some cheese with me; forget wine, forget foie gras and saucisson, but cheeeeese. It really complicates my life sometimes. So I rushed to a nearest mini store and managed to grab three packets of cheese and two bottles of wine… a sigh of relief, and also of regret for having gone too far with the celebratory drinks the night before. 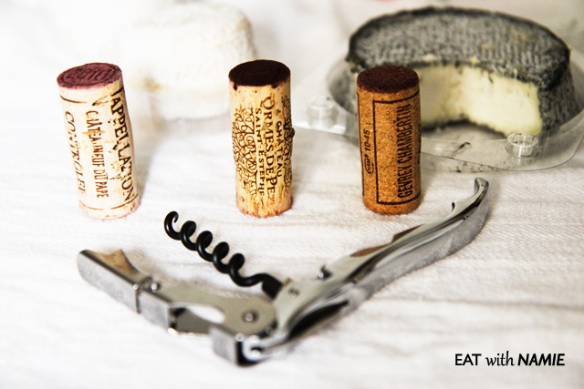 During the course, I was bringing wines left from blind tasting to the hotel after each session, which was great, but it was more for the pleasure of looking rather than drinking. Since there was much study to do to pass the exam, I couldn’t just drink and enjoy myself so I left all the wines in the hotel – good for the hotel maid – but brought the corks for a souvenir. The fancy Pulltex corkscrew in the photo was a gift from my mentor, which meant very special to me.

I find it very strange to travel between different languages zones. It is ok if you don’t speak the local languages but I try to and, because I do, I have to switch my brain to different language systems, which tires me out a lot mentally and takes me 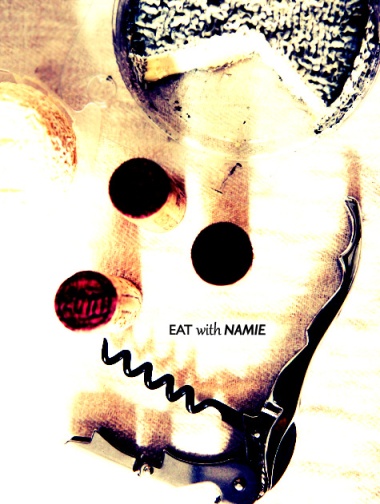 Anyway, now that I’m back in Istanbul, I thought I needed detoxing after all that drinking, and then, as it always happens, I got a call from the return warriors of the French couple, who stayed and cooked with us 3-4 weeks ago, inviting us to a dinner with good wine. So I delayed my detoxing plan and went out.

It was so strange to see them again in the sense that I was feeling somewhat attached to them and feeling a little emotional. What the guy, Julien, said still resonates in my head. “When you cook together and share food with others, you feel close to them. It’s different to just meeting people and drinking together” Something like that.

It is so true, and that is why I won’t stop cooking or obsessing about food. People who appreciate food also tend to care about where food comes from. He picked a few restaurants during the day while exploring the Taksim area and we went to the Italian restaurant the closest from the square. There we talked about community gardens, how much land is needed to feed a family of 4 for a year and how we need to widespread the system to help people not only eat better and healthier, but waste less and appreciate every bite and everything that go into the mouth.

I can’t emphasize the importance of cooking enough, can I? Don’t be a spinach hater. Let’s find different ways of cooking to like them instead of steering clear of the super nutritious vegetable.

Anyway, the dinner at Deep Restaurant in Takism was the worst food I’d eaten in my whole life. I forced myself to eat because it was a treat but I just couldn’t believe that quality of food is still served in this day and age. How come were all the steak dishes served totally covered in a thick layer of creamy sauce? When I want steak, I want meaty taste, not sauce! All the sauces that sounded different on the menu looked all identical in the look and the smell. And the steak was too cooked even though I asked for medium rare. I’m not trying to write a restaurant review or anything as it’s not worth writing about, therefore I didn’t take any photos, but I just wanted to warn people about it just in case anyone stumbles upon my blog when they search for places to eat. Maybe more for the restaurant owner to wake up and do something about the food. It is an insult and disgrace to the gastronomic standard of Istanbul.

So with the dinner, we said our farewells, and came home. Finally, this is a photo of the gourmet package Mr.O brought from Ireland. It was my first time trying Irish raw milk cheese, which was a bit like brie but no where as stinky as French brie. 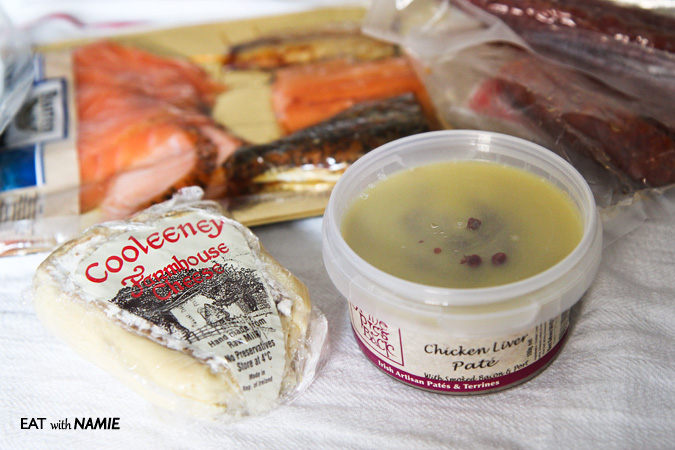 But the chorizo and pepperoni were good, and I am looking forward to smoked fish! My world revolves around food, doesn’t it?