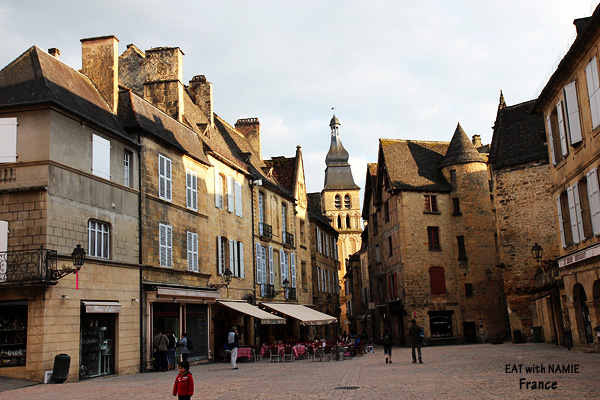 I am back! I suddenly had to leave for a week-long trip in the middle of posting on my Burgundy trip after Part 3, leaving my readers in bewilderment. This unfinished post bothered me throughout the trip, which was a telltale of my life  infatuated with blogging. Why do I care so much about blogging? I do not have the answer, but all I know is that I feel good when I put my thoughts into words, whether or not others care to read my articles or not. Blogging is therapeutic for me, not about bragging. 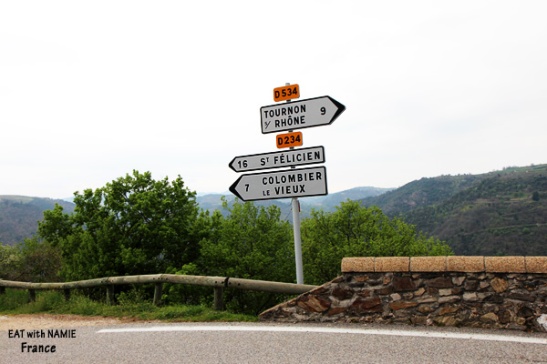 After days of driving, drinking and lack of sleep, I couldn’t wait to get back to Bordeaux and have a sip of rich and powerful red and a good rest. So I didn’t go further south to Chateauneauf-du-Pape, which I had already tasted and knew. 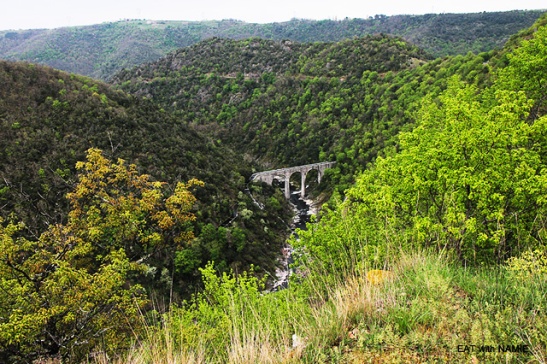 The drive through the Rhone Valley up to this village at the altitude of 1120 metres was incredible. 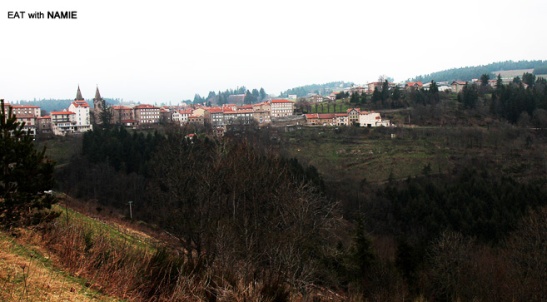 It was still winter up there. Saint-Bonnet-le-Froid, it was called I think. Who choses to live here? It turned out it was a town for pilgrims. 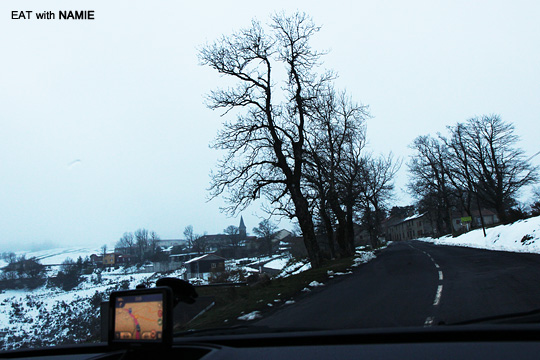 Past the valley, we came to Le Puy-en-Velay, one of the places on the  routes of Saitn Jaques pilgrimage (The way of Saint James). We made an unexpected stop in this spiritual town and paid a visit to the Cathédrale Notre-Dame du Puy and climbed up the statue of Virgin Mary, which was the scariest thing I’d done in years! 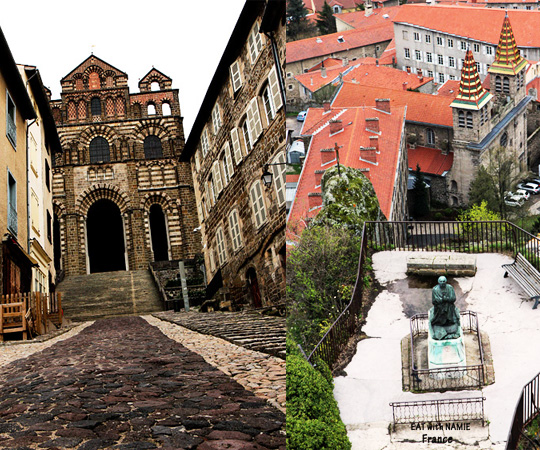 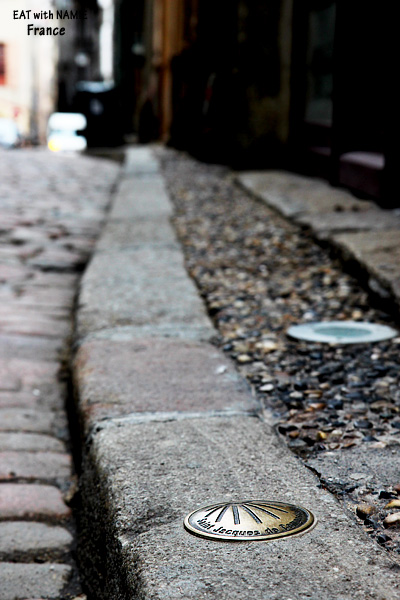 It was my third accidental stopoff on the Saint Jacques routes. I don’t think I am duplicating the life of Eat, Pray, Love, – oh, god, no! – but when I see the similarities in her stories and mine, I feel annoyed. The one thing that is clear is that I won’t be marrying a wine maker as she did. *sigh* Hopefully, I will build my own winery, instead. 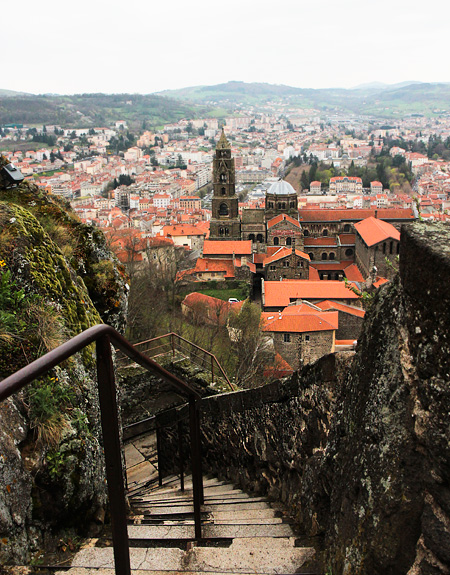 It was a really lovely medieval town, though I had the worst meal ever. If you have a chance, walk to Hotel-Dieu at night. It has a strange ambience with the sound of pigeons breathing.

The next day we were back on the road, now through sunny and green pasture, and had the last picnic with the local cheese, Saint Nectaire, and jambon. 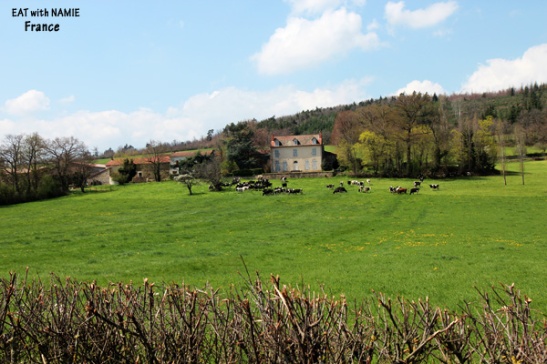 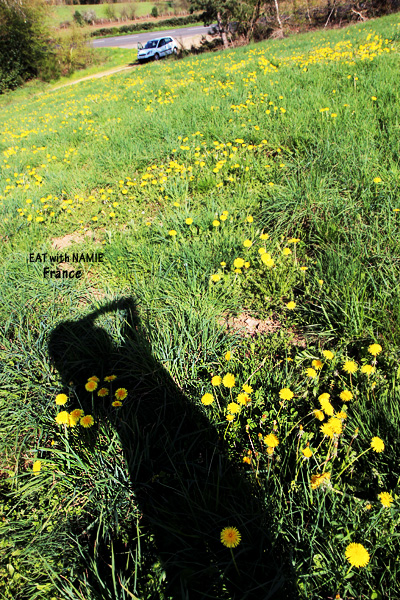 The last stop was the inevitable Sarlat-la-Canéda, supposedly a town for gourmets where many food related workshops are held and people flock to eat confit, foie gras, truffles, etc. It was a charming village, though very touristic. The menus were the same in every restaurant so we had hard time finding a place for authentic local food. 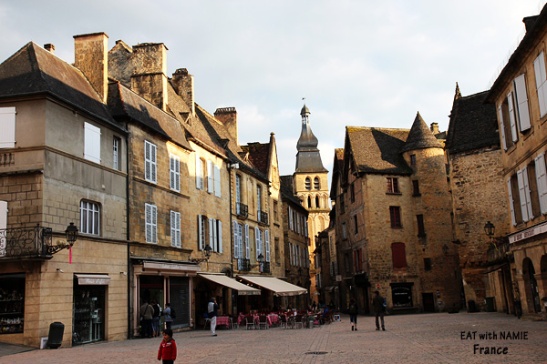 But we found one, called La Rapiere, and had a lovely meal. The confit was really tender and the potato was delicious. Oh..finally sipping Bordeaux wine! 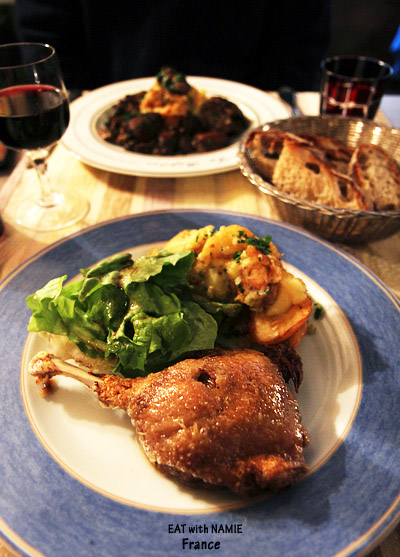 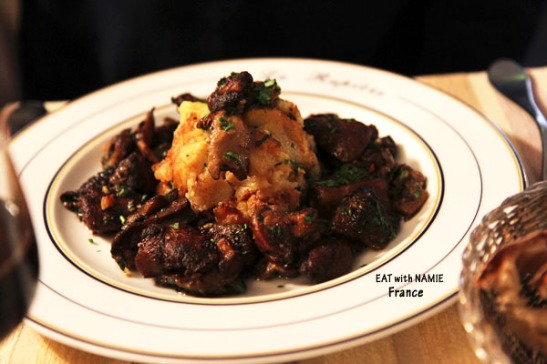 The Cèpe mushroom dish was quite rich but delicious – most importantly not in the form of omelette at least like all other restaurants. The staff were friendly and I liked the interior and huge bottles of cognac. The chestnut cake was moist and light, which was a different version from the one I had in Cahors. 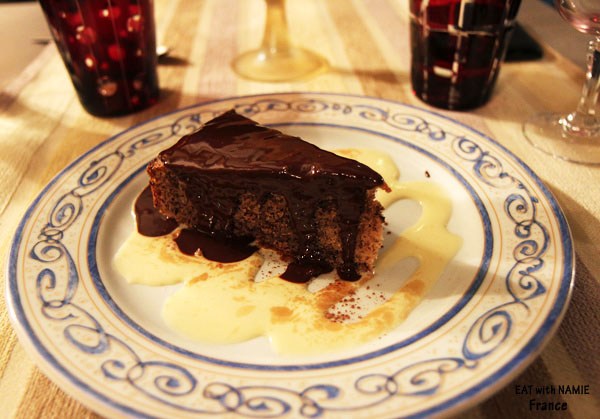 This is how I ended my gastronomic and spiritual adventure. It feels very strange to write about this trip after coming back from my Aegean trip. The world revolves slowly when you don’t have a smart phone or iPhone, but nowadays people seem to expect everyone to be wired to the internet 24/7 and writing about an event that happened a month ago, even a week ago, feels so awkward and outdated that I can’t ignore the guilty feeling. Is it normal?