I know there are hundreds of photos of the traditional Ottoman houses but I’ll still add mine because one never gets tired of looking at these timeless houses with unique characteristics.

Mr.O took me around to secret spots where he sat drinking coffee and reading books. He knew this village like the back of his hand, having come here on weekends during the compulsory military service while other soldiers went to the new town for more fun. Nowadays, Korean tourists seem to be everywhere, leaving their traces here and there, a hand-written sign board or message in Korean inviting tourists to certain shops and restaurants for example. Words travel fast in Turkey and when we were going to Sanfranbolu, Mr.O’s ex-commander’s daughter joined us with her friend, who was a huge fan of Korean TV and culture. They study at the local university and I happened to be there. They took us to their favourite cafe, Kuru Kahveci, for the best Turkish coffee as they claimed, but it was closed so we went to Sade Cafe instead, where we got a free treat of chocolate cake from the owner. We talked for a long time about Korean culture with her, only to give her the impression I’m not a usual Korean she knows of. Thinking that I was squashing her enthusiasm and excitement, I said I also love Korea but am sometimes critical of my own country because I’ve lived in so many different cultures and also because I’m not in the 20s. ‘A chestnut doesn’t like chestnuts after it comes out of its shell.’ was what Mr.O’s aunt said to me while picking chestnuts, which have been sorted, washed and stored in the freezer to be used throughout the winter as usual.

On the culinary side, there wasn’t much to discover for people who already know Turkish food. There was a local specialty called perohi but I’m not much of a carb person so I gave it a pass and had simple home food at Kazanocagi, split eggplant belly(Karnıyarık) and grape leaf roll(yaprak sarma), which was tinier than my pinky. So adorable! Mr.O said, “I saw baklava and it doesn’t look so heavy and syrupy. Do you want to try a little?” Yes, it was just the way I liked, stuffed layer by layer, each layer so light like a feather and without the thick sticky bottom. 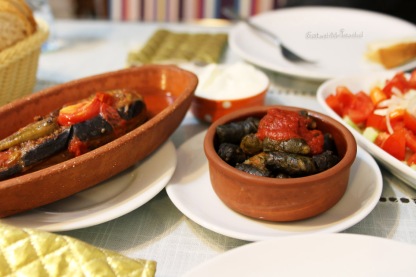 Our plan was to go to Amasra for good fish and stay the night, but we didn’t find any good places to stay or anything special to do. In the end, we just hopped over, ate some fish and returned to Safranbolu for another day. The distant view of the town was good but the inside of the town was rather bland. It was a shame that not enough attention had been paid to restore its historical importance and natural charms to attract more tourists. The hospitality industry starting with hotels and pensions should change first as no tourists want to stay in an old granny flat furnished with tasteless village items. Perhaps it’s shadowed by the popularity of Safranbolu, but still it’d be nice for tourists who visit Safranbolu to stop by for some Black Sea treats.

Only this funny menu board made us laugh. Whoever wrote this had an issue with the word, ‘pastry’. Ha ha ha! 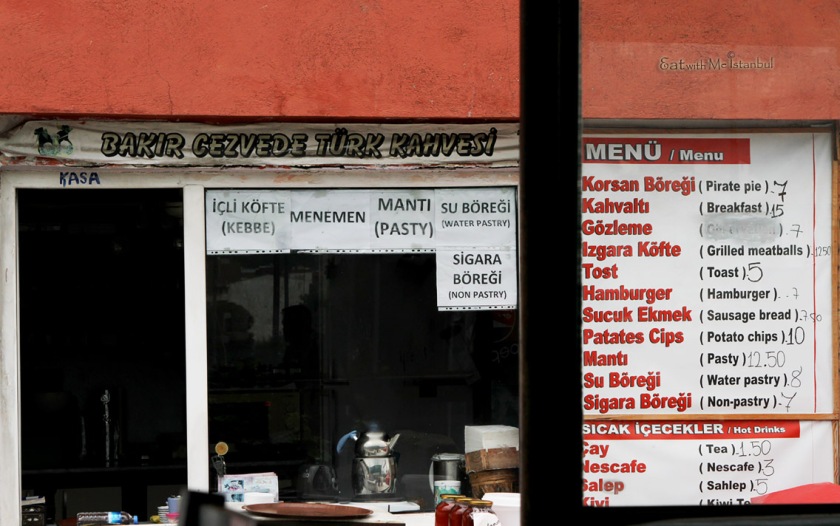 So, after having a little walk up the walled city, we went straight to the fish restaurant Mr.O’s dad had recommended, Canli Balik. 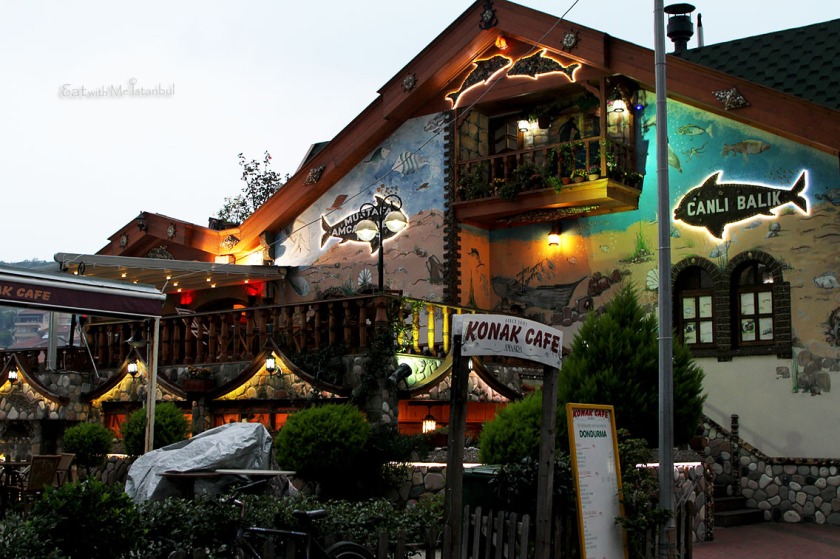 Amasra is famous for salad. Hmm, why? This is why.

Well, Mr.O and I doubted if the carved veggies could be something so special. I’d rather say the fresh and tender calamari was fantastic. The red mullet, locally called Barbun, fried, coated in cornmeal, was delicious. I suppose it made our trip worthwhile after all. The dessert, buffalo yogurt with honey and nuts, was good but too much after all that fish. I’d rather have the usual baked tahin, tahin brulee, I’d call it. 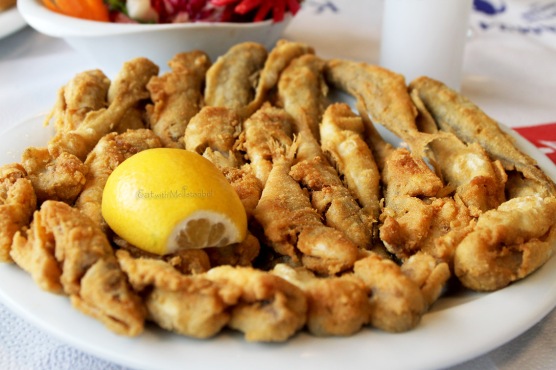 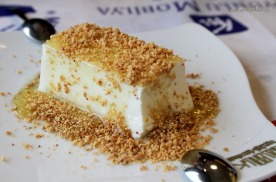 Back in Safranbolu, we walked around for our last minute shopping and stumbled upon an elderly man making and selling handmade crafts, further into the one of the shop street. He showed me a stack of photos given by tourists. Safranbolu seems to be popular among Asian tourists, or is it just that they like leaving their marks more than the westerners. Every time I use the terms, Eastern and Western, I feel queasy because I’m confused if I’m currently in the east or west. People were so inviting and hospitable that I didn’t want to leave the village on my last day. No wonder why Koreans who visit Safranbolu often decided to cut the rest of their trip short and return there or even just extend their stay for an infinite period. I bought two hand made nazar boncuğu(Evil Eye) for our new home. I was so happy to have found these special evil eyes that carry a personal touch. 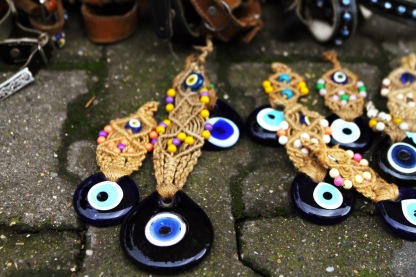 We also bought the special Safranbolu lokum at the shop, whose owner kept giving me lokum to try every time I passed by. “I’ve already tried them. Four in a row!”,  I’d say. “Well, four isn’t enough. Have some more!”, he’d say. People are so funny and warm here. Ha ha! We also bought the famous saffron, white grape vinegar, and kitchenware made of real copper, which is better and cheaper than Istanbul. So this is how our short trip along the Black Sea ended. Oh, not yet!

Enjoy the colours of autumn in Turkey!