Third day into 2015, I’m still writing my new year’s resolutions, feeling slightly bad that I hadn’t made them before New Year’s Eve. In a way, I’m glad that I didn’t because I’d have felt worse for having broken them in the first days of the new year. Koreans have a great excuse for this, “The real New Year is on Feb 19th!” The year 2015 is Sheep so I’ll be celebrating the lunar New Year then again.

I would like to give big thanks to our hosts, Filiz and Onur, for the fantastic NYE feast, which far exceeded my expectations. I was so surprised by how much food Filiz managed to prepare in just a couple of hours after work with some help from her sister-in-law, Ozge, who made the most artistic presentation of potato mash. The roast turkey was great and also the meze Omer, one of rare Turkish men who cook. 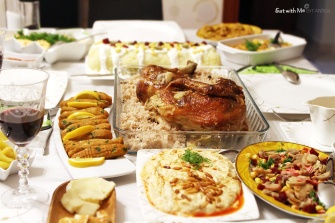 I brought Cheesy Polenta Sticks and Christmas Fruit mince Pies, and as I’m writing this, I got a recipe request for the pies from them. You might think it’s strange to eat fruit mince pies on NYE but, like I said, in Turkey, Santa comes on NYE and I was showered with presents, and it finally felt like real Christmas. To prove it further, Mr.O, my mischievous man, started to decorate the Xmas tree, lol. I know by now that many ordinary rules don’t apply to Turkey but you can’t change the date for Christmas!

Over a period, I got addicted to finding out origins and facts, and Mr.O had been a victim of my ‘WHY’ questions, but he and I have been through all to have our first New Year’s kiss in joy, surrounded by these wonderful, super-positive, open-minded people, though some of them couldn’t join us, who had helped me adapt to the new country, which had taken me, Miss Prudent, almost 3 years to call ‘home’. So one of my new year’s resolutions is ‘Do not ask Why‘. 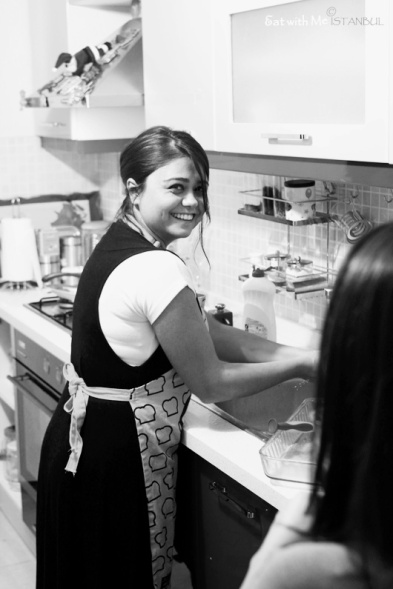 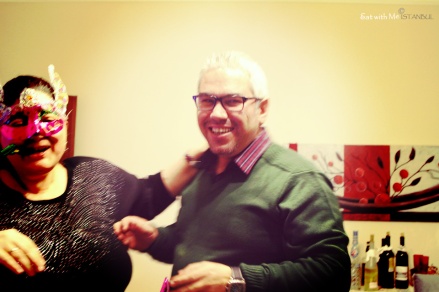 Mr.Geek, who has vast knowledge on almost everything, got the geeky Süryani(Syriac) wine, Turabdin, which is made by Christians in Mardin near the Syrian border. It being my second time drinking this wine, I had to find more about the wine…to find almost nothing except this that explains the wine making process and this that shows photos of ancient wine-making system in the area. This wine has a big fan community but is not for me; not bad but it has somewhat an unpleasant musty, bitter taste, which could be explained by the mahlep(mahlab) as described in the linked page above. But how was I Leccioni Chianti 2010? Well, it wasn’t that good, either, but good enough for the food I was eating and the moment I was enjoying. 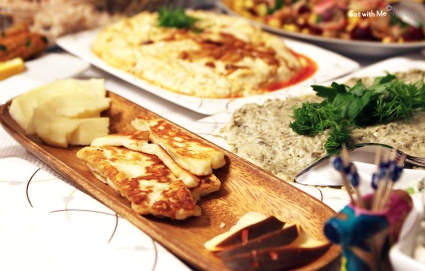 We ate, talked, ate until suddenly everyone was getting up from the table and busied themselves. As it turned out, they were getting into red underwear and taking out presents for each other. Even after 3 years, I still get surprised with new customs and traditions, but this one, wearing red underwear and making a wish on NYE while watching Victoria’s Secret Fashion Show? This blog also mentions this as a Turkish tradition so it’s enjoyed by many, whether you want to believe it or not. It was particularly hilarious hearing about the red underwear because Koreans have a tradition of buying red underwear for their parents with the first paycheck. Anyway, my Xmas pies and Ozge’s chocolate balls look so pretty indeed. I’ll have to remind myself to ask Ozge for the recipe for the unusual chocolate balls, too.

I didn’t really know what to promise to myself for the coming year, and then I read the NY resolutions by My Custard Pie and realised that I’d also been very hard on myself in the past years. I’ve met so many chefs and foodies who are a perfectionist, which makes me wonder if being a foodie has a psychological link to something. Or working with food makes them a perfectionist, rather? Anyway, I deeply related to her words, “Kinder to myself and to others” and decided to make it my resolution. Living in another country often makes you feel hopeless and misunderstood, which turns you into a selfish being.

The past few months of reading and writing had been much more about finding out what I really want than merely collecting historical and culinary facts. I had to open up to myself as well as others and accept the current situations, which had been a very difficult process. I realised how much the art of ‘How to be Alone‘ had affected my life until I arrived in Istanbul; I was drowning in my inner voice; I was struggling with my fears and limits. I tend to do everything for myself instead of asking for help. Asking for help was perceived as a sign of weakness, but not any more, and I’m glad that I’ve learned to seek help and know my limits. 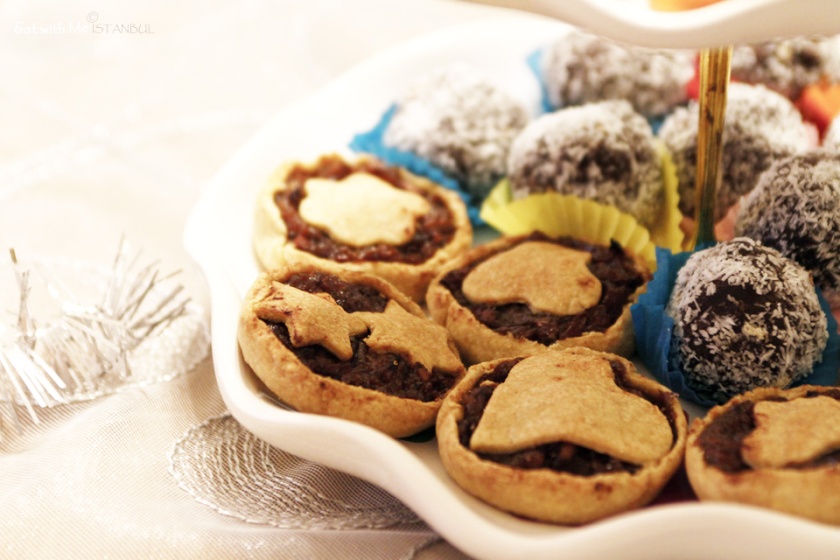 There are so many food-related things I want to do, for example, to attend the next wine course, make Camembert cheese at home, master sourdough bread and choux pastry, sprout beans more often, cook meat more often, etc. See? I’m still putting big loads on my tiny body. What I need to focus more on is to be more human and humane, which means to be patient and to restore my sense of humour and easygoing nature, and to stop being a homeless nomad carrying around the ancient-old suitcase and to start buying new things! This will be a dramatic change in my life; I’ll start speaking more Korean at home to help Mr.O learn Korean faster to be able to communicate with my family in the next meeting. He’s been through all these changes with patience and grace, and I’m really grateful to him and, for that, I’m offering him the leftover pies that I’d frozen. I take them out and put them on top of the espresso machine to defrost. I do like my little pies and I wonder if it’s a sin to make these outside the Christmas season, haha. The secret of my pies is….tea, wine, whiskey, orange…whole wheat…got it? 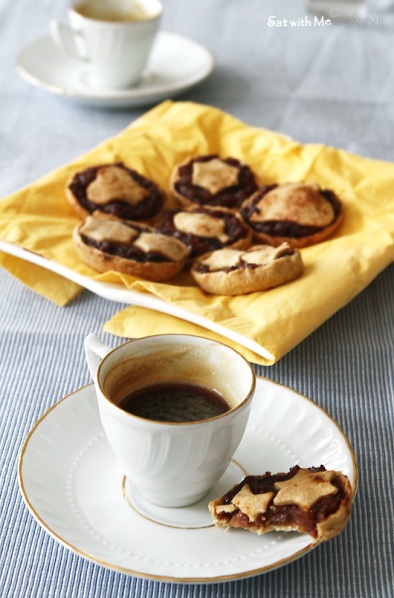 I often feel that he, who had grown out of his own culture, and I, who had lost touch with my own culture, have shown each other how important our connection to our traditions are. Therefore, my 2015 manifesto to be happy involves more appreciation for my surroundings, and I hope I can stick to this until the next NYE. Belated Happy New Year to you all!