When your friend is a reputable photographer and you hire him on a friendship base, it’s hard to be demanding. I’d been dying to see the wedding photos because it was such a special event, and it’s been almost one month and they finally came through. Not quite but still good enough to take a glance at what happened.

The first time I stood on top of the temple of Athena in Assos three years ago, I said to myself, “I’m going to have my wedding here.” 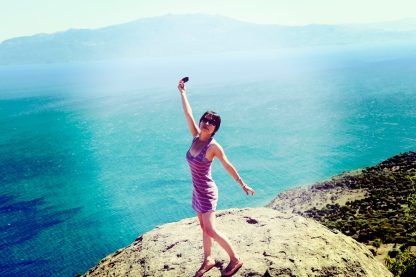 Despite everyone trying to dissuade me from going there early in the morning and getting exhausted under the beating sun, I stood firm and made it happen. It’s about 1.5 hours drive, total 3 hours, from Çanakkale, Mr.O’s hometown, where our wedding took place so they had a reason to object. But I WE DID IT!

I did everything from makeup to hair because I didn’t trust Turkish hairdressers after my disastrous last experience. We did a very casual shoot, laughing and giggling – I feel sorry for the photographer having to photoshop my smile wrinkles – oh, by the way, the photos haven’t been touched yet but I just asked to have them anyway because I was itching to share the story on my blog. 🙂 Am I a bit childish? We had a break for famous ice cream and continued.

Back at the hotel, we practised a bit for our first dance and, when we finally arrived at the wedding venue, I suddenly got nervous seeing so many people and felt it was really happening – me becoming someone’s wife. We danced down the aisle to the song, ‘I’m Yours’, surrounded by cheering guests. A Korean ‘gelin‘!! 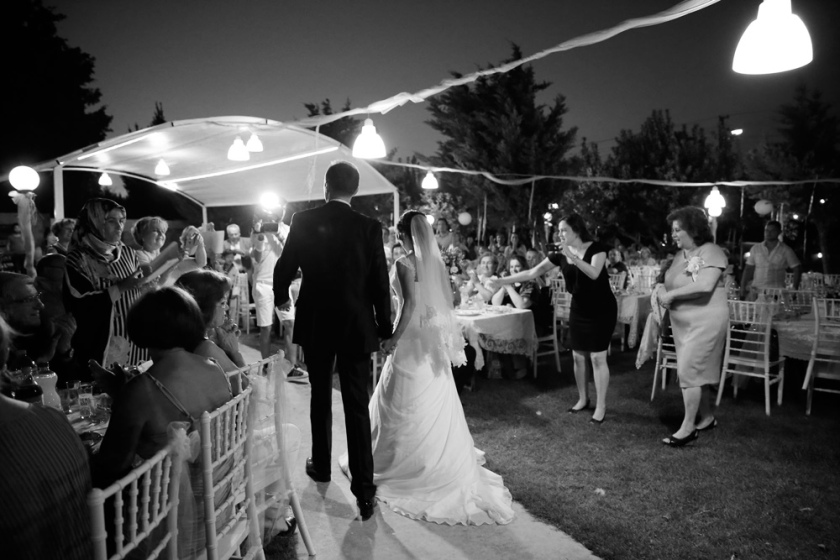 Guests were so excited about the international wedding, especially since I was the first, perhaps will be the only Korean getting married in Çanakkale, and that’s why the local new agency wanted to come and take photos of us. However, I politely declined, which I regretted later on!

The tables were laid with the ‘duğun şekeri’ and ‘hediyelik’ (wedding sweets and gift), which were designed by my talented father-in-law and put together by female relatives. After our first dance, my sweet twin nephews did a Taekwondo dance performance.

Oh, I felt tears welling up, so proud of my little boys, who had been so stressed out about performing in front of so many strangers in a foreign country since the day they arrived, however, it was their mission assigned by their patriotic dad and they had to do it. Spread Korean culture! Well, bravo, they made it!

We sat down a bit for a sip of my wedding wine. Yes, the wine! People had wondered what wine I would drink on my special day and it was Suvla Petit Verdot ….this one. It had to be Petit Verdot… you might have guessed if you’d followed my blog from the beginning. I’m obsessed with Petit Verdot and I came all this way from Australia because of that. I spent days looking through my cellar picking ‘the one special bottle’, but in the end, I came to the conclusion that I won’t have time to even drink and what if someone else drinks my wine? So we stopped by Suvla Wines on the way since it’s close – how convenient! – and bought wines for our guests and one special for us. Kind of cheeky of us but lucky I didn’t take one from my cellar because, as suspected, friends of us drank the whole bottle while we were dancing! How dare! They came later and said, “By the way, the wine was really good.”

After the cultural show, we carried on in Çanakkale style, the evil DAVUL! Leading up to the wedding, I swore I didn’t want to have it at ‘my’ wedding, but Mr.O insisted firmly and now I understand why he wanted it so much. It was a lot of fun!!! Crazy gypsy drummers were getting out of control as more and more people threw bank notes into the air to egg them on. One of them put me on top of the davul and I danced like crazy. More money was thrown and Mr.O came to my rescue and he got on it, too.

We sweated like a pig and at that point, I no longer cared about my makeup. The wedding cake was brought in with sparkles and burning torches, the torch of enlightenment, hope and eternal love. Then, male guests came out to the stage and started to dance zeybek, the epic romantic dance in the Aegean region.

I caught my parents, both dressed in a Korean traditional costume, watching with curious eyes and a grin. They must have been thinking, “What crazy fun people! Dancing like crazy at that age! What happened to our traditional dance culture?”  We used to dance and played games at social gatherings, too. Now people have lost the sense of community and indulge themselves in social media, and spare just one hour for a wedding.

My silly sister ran up to the DJ and got them to put on ‘Gangnam Style’, and we all danced together. The clock hit 12 and the music stopped. No music is allowed after 12 unfortunately…. Guests started to get up to leave but close friends and relatives stayed on, saying thanks and good-byes to my parents, sisters and nephews, who were to return to Korea the next day.

Everyone enjoyed the multicultural atmosphere, the dance, the food, and so on. Minimal but high quality. The guests still talk about how wonderful and how much fun it was whenever they meet us or my in-laws. I’m sure they will talk about it at least for the next 5 years or until another Korean marries a Turkish. People still ask how I danced so well and whether I took a dance lesson for the wedding and such.

Well, when I was a little girl, my dream was to become a world famous dancer. What happened to that dream? Well, I’ve become famous at least in Turkey, haven’t I? They wouldn’t have thought that a foreigner could dance better than them. I seem to have left a huge impression on many people. Now begins the real Turkish life as a ‘yabanci gelin‘, a foreign bride. Stay tuned…