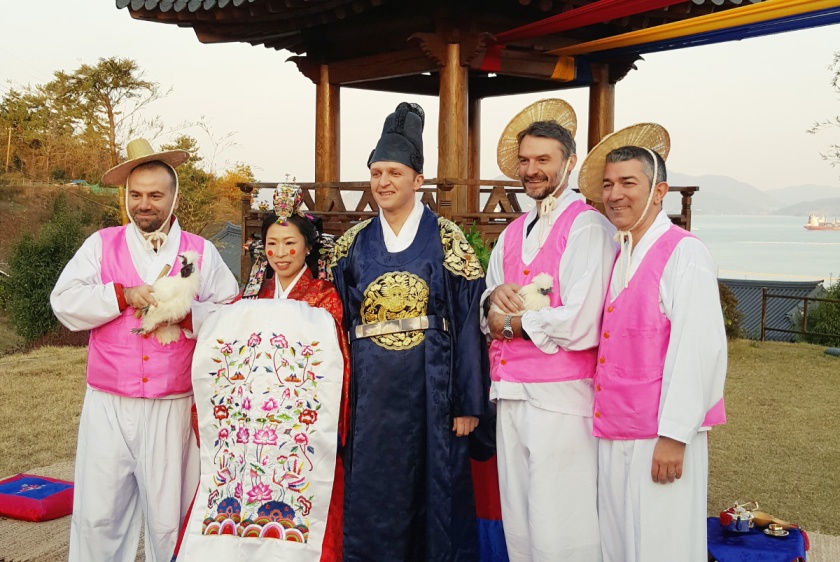 Sorry, the second part of the Korean trip was delayed. The 2 weeks of the Turks’ adventure can’t be summed up in one post, right? So here’s the more interesting one. Our Turkish guests were lucky to attend two weddings during their stay as my brother’s modern wedding came only two days after my traditional Korean wedding. Two completely different styles in two far distanced cities. 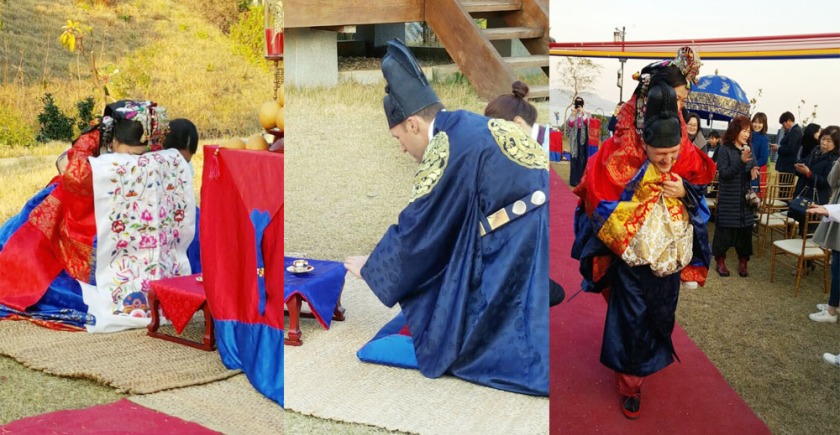 The traditional Korean wedding, though more complex and less glamorous(?), was fun and even educational for the guests, the old and the young together. It was most likely their first and last time to experience it. Having done it myself, I can understand why it had gone out of favour. However, with the rise of international marriage, the tradition is said to be coming back and it was indeed a very memorable experience, and the best part of it is unarguably trying on the beautiful traditional clothes, Hanbok.

Three tough Turks flew all the way to Korea to carry my bridal carriage and to throw wild chickens into the air for blessing. Have you cuddled a live chicken like a pet before? Traditional musical performance was played between stages and it all ended with everyone dancing Gangnam style, and off we went to the reception for delicious food of Yeosu, my hometown and the culinary capital. I’ll skip photos of the food because there was so much! 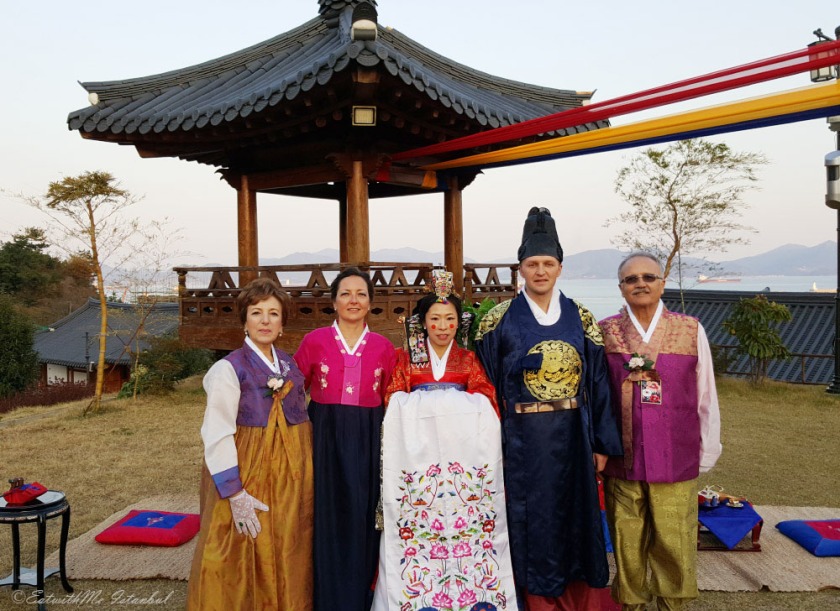 Before the wedding, we had a tour around Seoul and luckily, we still got to enjoy some warm days and the beautiful colours of late autumn.

We visited the most touristic places in Seoul, Insadong and Bukchon Hanok village. Streets were lined with yellow ginkgo trees and everyone absolutely adored the sight, throwing the yellow leaves into the air. 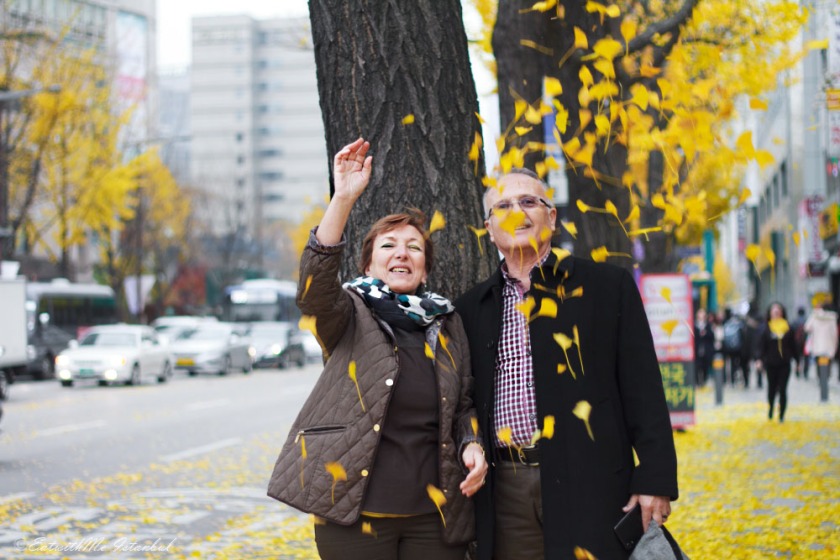 These places are my all time favourites so full of old and forgotten treasures, potteries and handcrafts, which I love. They also have good places where you can experience the Korean cuisine of bygone days, not to mention a huge range of street food. 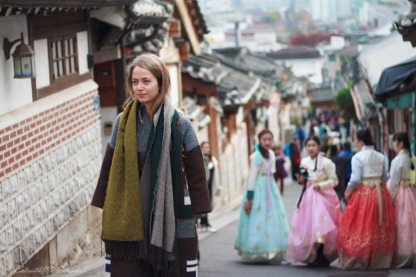 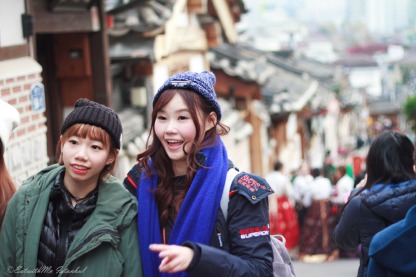 My intrepid foodie FIL stopped at every food vendors in Insadong, asking me many questions and trying almost everything enthusiastically while MIL and SIL shied away from almost everything. The seafood that is difficult to find in Turkey was being cooked in an interesting way and that includes the octopus and whelks. Whelks?! Yes, the sea snail whose shells we like to collect but what about eating them?

Well, he did it for the first time in his life and was very surprised by the taste, which was totally unexpected. So intrigued, he  asked the vendor, with my interpretation, how he prepared it and why it’s not smelly, etc.

FIL: “I tried to cook them but they smelled so bad when boiling I had to throw them away. ”
The Vendor: “They smell if they are not fresh.”
The Vendor: “Where are you from?”
FIL: “Turkey”
The Vendor(eyes wide open): “Uh, these are from Turkey!”

He said that Korean whelks are too expensive to sell and the way to tell them apart is the colour of the shell; Turkish-white and Korean-dark brown grey. Koreans, especially women, like to eat one of small species because they have many healthy properties, especially for a heart and liver, and low in calories. Once you pass the chewy texture, you might enjoy them!

There are also sweet treats that you will love such as peanut&walnut cake, fishcake, and  fried hoddeok with a brown sugar and cinnamon filling, which is sooo delicious. Try not to get your mouth burned by the filling though.

If you’re not adventurous enough, you can eat familiar comfort food such as kimbap, dumplings and spicy seafood noodle(Jjambbong).

We somehow ended up in Myeongdong, a famous shopping district full of cosmetics and clothes, which aren’t my thing, and were dumbstruck by the overwhelming number of street food vendors – officially 190 stalls! I started taking photos and stopped because there were too many! If you want to try only one thing, I’d suggest the last one, the egg cake. 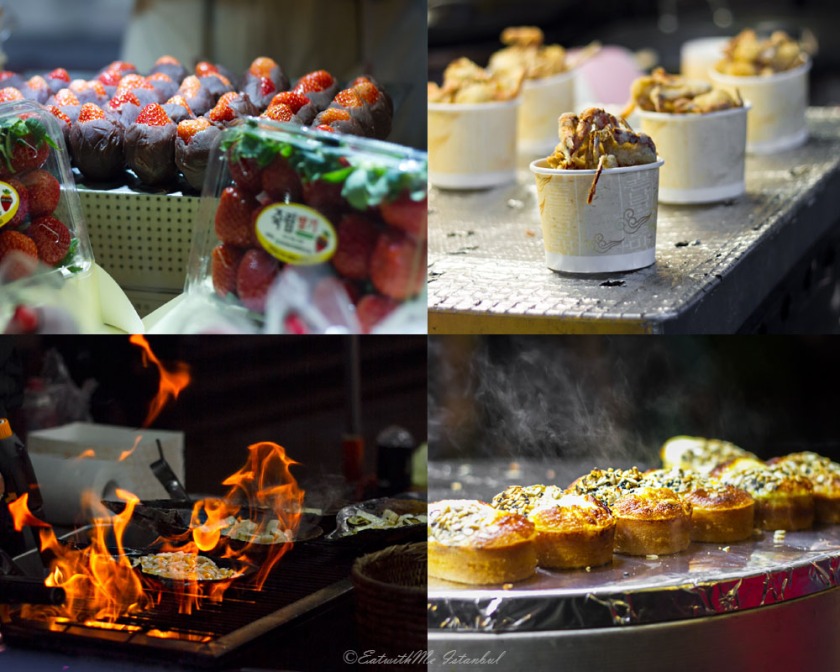 Myeongdong had changed so much since my last time, probably 10 years ago, that I hardly recognised it. The sight of food being prepared was entertaining but it felt way too touristic for me. Food items have got very international, too and I spotted a lot of Japanese food as well as other neighbouring countries.

One of the most eye-catching vendors was this water drop cake and, though as creative as it might sound, it seemed the most superficial and I felt that one would not eat more than once just out of curiosity. 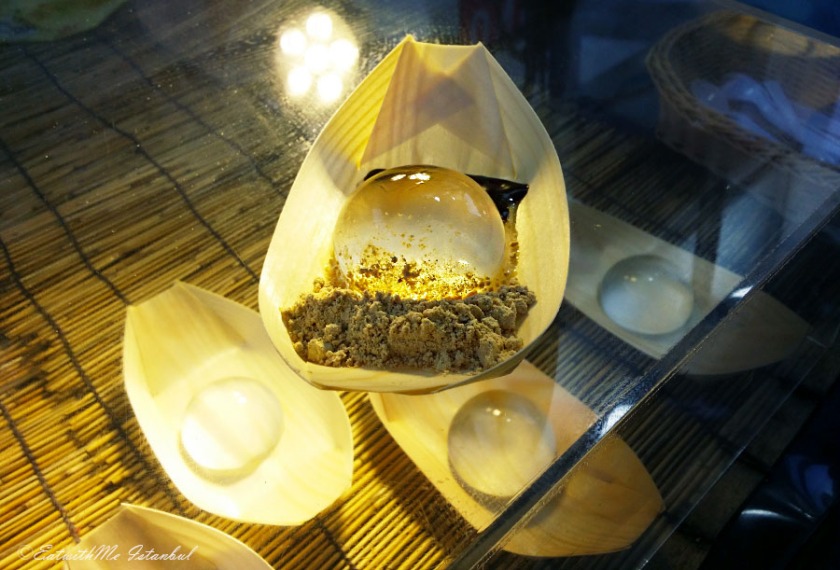 While eating it, I was reminded of the cold bowl of soy flour milk with this jelly I used to eat in summer growing up. It is marketed as a zero calorie food but it also has a zero taste without the soy flour mix and chocolate or berry syrup or whatever. It still looks pretty cool though. These days people sell ideas, not food?

Anyway the next day, we visited National Museum and decided to grant MIL’s wish. 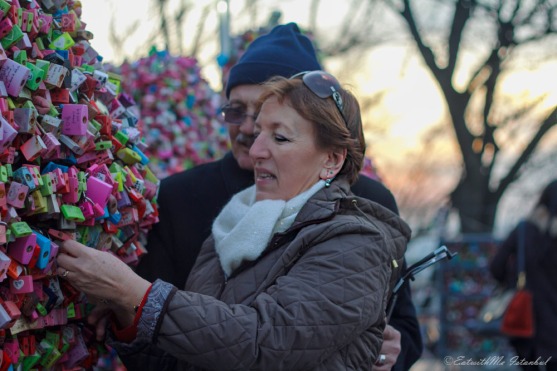 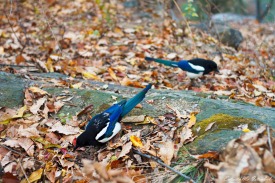 Whenever I visit Korea, I feel myself as a tourist and rediscover and reconnect many things lost in my memories. Seeing your own country with the eyes of a tourist is always intriguing and gives so much to reflect on.

I’d learned through MIL that there were massive love padlocks at Namsan Tower and she even brought padlocks from Turkey so there was no avoiding going up there. Seeing her happy made us happy and it wasn’t a bad idea after all as the city view was nice and hiking helped burn some calories for dinner.

A visit to Seoul can’t be complete without seeing Gangnam, right? So that’s exactly what we did, and for dinner, which is an excellent choice – I’m being sarcastic. Gangnam is an area made up of several neighbourhoods and I chose the most upscale and fanciest neighbourhood, called Sinsa-dong.  Sinsadong is equivalent to Cihangir in Istanbul or Montmarte in Paris, and it’s known as Little France. I used to go there in my old days of working in Korea for a year just to buy sourdough bread and cheese. 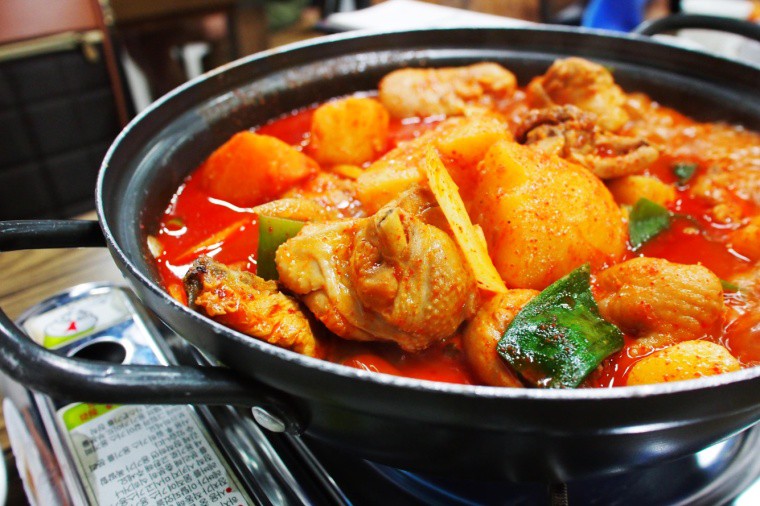 But it was too dark and cold to walk around to enjoy the luxury and we resorted to a cosy local restaurant and had a really good chicken stew steaming away on the table like a campfire on a cold night. My Turkish family were very impressed with the colourful assortment of unlimited side dishes again including various kimchis. We drank Soju to celebrate our first second night in Seoul. In this neighbourhood, everyone you come across looks like TV stars and they might be one but we don’t know them.

I hope you enjoyed my Turkish family’s adventure in Korea and my posts have given you a little insight into the Korean culture and cuisine. Recently I’ve announced an event for Kimchi Lovers so please check out my Facebook page if you’re and will be around next Tuesday. Ciao!